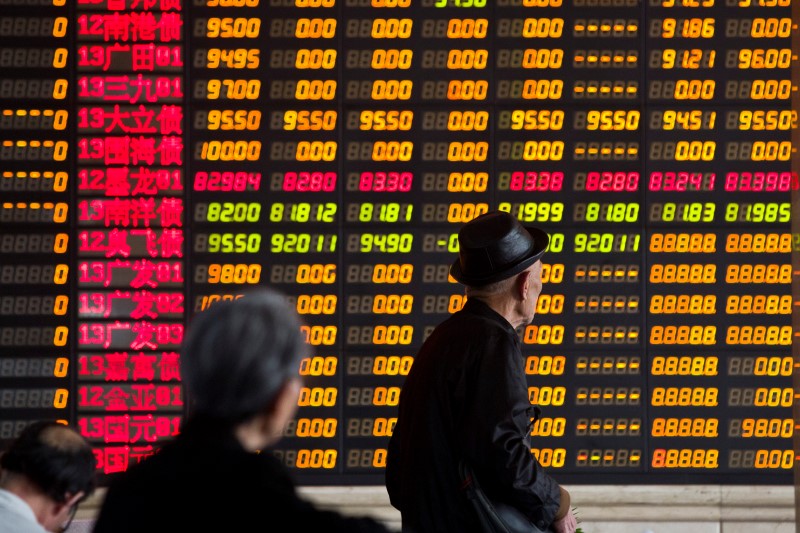 Investing.com– Asian stock markets tumbled on Thursday after the Federal Reserve espoused a more hawkish outlook than expected, with Chinese equities cutting short a two-day rally amid uncertainty over the country’s plans to scale back COVID lockdowns.

China’s bluechip index fell 1%, while the index shed 0.4%. Both indexes rallied nearly 3% each this week on speculation that by next year. But Chinese authorities offered no official comment on the matter.

Hong Kong’s index was the worst performer for the day, tumbling 3% as technology stocks were sold off on the Federal Reserve rate hike. Hong Kong’s Monetary Authority also hiked on Thursday to keep pace with the Fed, a move that is negative for local stocks.

Additionally, a private survey showed that China’s shrank more than expected in October, indicating that COVID-related disruptions continued to impact the world’s second-largest economy. The weak reading, coupled with uncertainty over the zero-COVID policy, soured sentiment toward Chinese markets.

Broader Asian stocks also sank. India’s index fell 0.2%, while the index shed 0.9%. Focus in India is also on the start of an off-cycle meeting on Thursday, where the bank is expected to offer more cues on the path of monetary policy amid .

Australia’s index fell 1.8%, while Malaysia’s led losses across Southeast Asia with a 1.3% drop.

The Fed hiked rates by an . Fed Chair Jerome Powell over a potential pause on interest rate hikes, and warned that U.S. rates are likely to peak at much higher levels than initially expected.

His comments triggered a broad sell-off in risk-driven markets, with in overnight trade.

But Powell also raised the prospect of smaller rate hikes moving forward, which saw an increasing number of traders in December.

Rising interest rates weighed heavily on Asian markets this year by tightening liquidity conditions and making low-risk debt appear more attractive. This trend is expected to continue in the near-term, with stubbornly high inflation across most of the globe furthering the need for higher interest rates.

The is also set to hike interest rates later in the day.