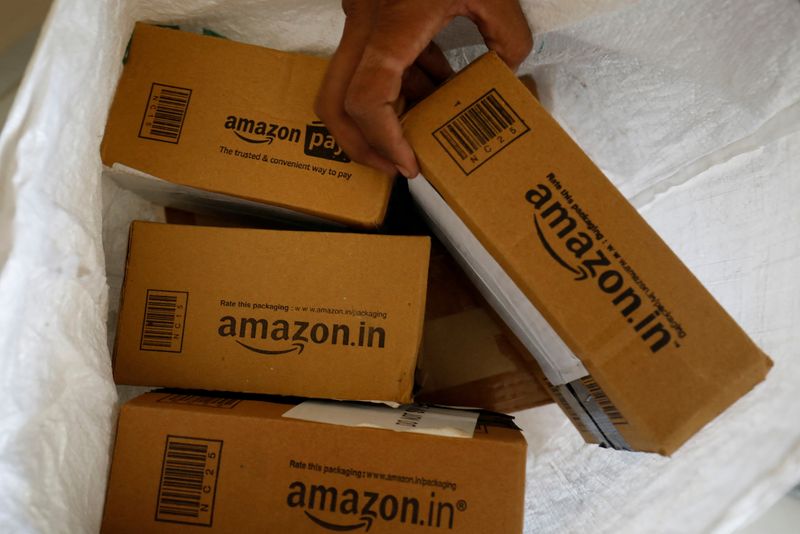 NEW DELHI (Reuters) – One of Amazon (NASDAQ:) India’s biggest sellers, Appario, will cease to list products on the shopping website, the U.S. firm said on Monday, after it faced years of allegations from brick-and-mortar retailers of giving preferential treatment to the seller.

A Reuters investigation last year, based on Amazon documents, showed the U.S. company gave preferential treatment for years to a small group of sellers including Appario and another one named Cloudtail, and used them to bypass Indian laws.

Amazon, which has maintained it does not give preferential treatment to any seller and complies with all laws, agreed to end its relationship with Cloudtail in August last year.

Appario, a joint venture partnership between Amazon and India’s Patni group, has listed products on Amazon India since 2017.

The JV will continue but Appario will cease listing products on Amazon, the U.S. firm said in statement.

“Partners have decided that Appario … will cease to be a seller on amazon.in, and amazon.in/business within the next 12 months,” a spokesperson said in the statement, which did not provide an explanation for the decision.

“The partners will continue to explore new business opportunities, including helping businesses across India to scale up their online presence.”

The Reuters investigation last year found Amazon gave both Appario and Cloudtail – which were referred to internally as “special” merchants – discounted fees and access to Amazon global retail tools used for things like inventory management.

In early 2019, some 35 of Amazon’s more than 400,000 sellers accounted for around two-thirds of its online sales in India. Appario and Cloudtail accounted for 35% of the platform’s sales revenue that time.

In April this year, India’s antitrust body raided Cloudtail and Appario offices as part of investigations into accusations of anti-competitive practices such as promoting preferred sellers and giving priority to listings by some.

India is a key growth market for Amazon, where it has committed investment of $6.5 billion, but one where it faces several regulatory challenges, including stricter investment rules laws.

Share
Facebook
Twitter
Pinterest
WhatsApp
Previous article
World’s best lockdown as Disneyland guests are shut in the park to prevent Covid spread – but rides are kept OPEN
Next article
‘We had a lot of opportunities. We just shot ourselves in the foot’
RELATED ARTICLES
Market