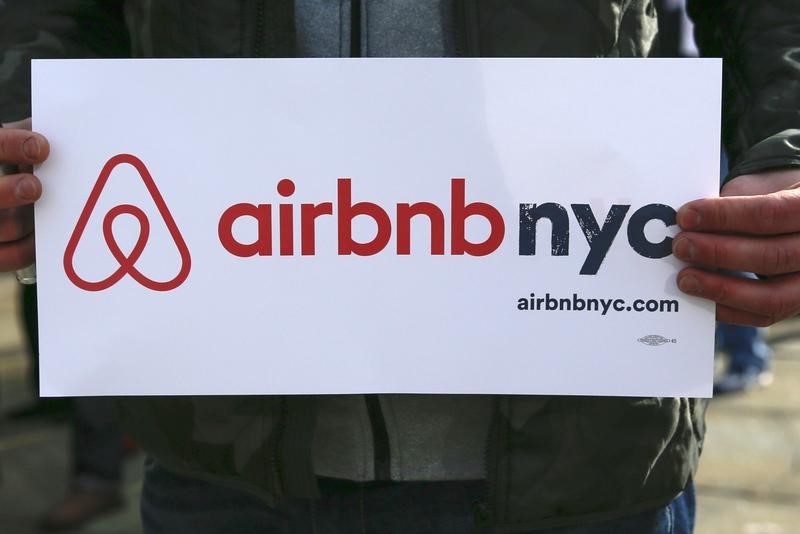 Shares of Airbnb (NASDAQ:) are down over 6% in pre-market Wednesday after the company reported its Q3 results and offered guidance.

ABNB an EPS of $1.79 and revenue of $2.88 billion, which came in better than the consensus estimates of $1.44 and $2.84 billion, respectively. Airbnb recorded 99.7 million Nights and Experiences Booked, which represents a 25% year-over-year growth.

The company also said Q3 marked its “biggest and most profitable quarter ever despite geopolitical and macroeconomic headwinds.” For this quarter, Airbnb expects revenue to come in at $1.84 billion at the midpoint of the guidance, a slight miss compared to the $1.85 billion consensus.

“On a year-over-year basis, we expect Nights and Experiences Booked growth will moderate slightly relative to Q3 2022, while ADR will face some pressure from FX headwinds and business mix,” Airbnb stated.

Goldman Sachs analysts said ABNB delivered “solid” results, although the guidance suggests travel growth is decelerating. The analysts have a Sell rating on ABNB stock with a $98 per share price target.

“Our rating remains a reflection of the stock’s negative risk/reward skew from current levels when measured against the potential for a volatile travel environment ahead, a relatively mature end market (in terms of the broader online travel industry’s penetration), what’s implied for Airbnb growth (and alternative accommodations share of lodging demand) over the medium-to-long term & high levels of competitive intensity among industry players in the next 12-24 months,” the analysts said in a client note.

Raymond James analysts also described ABNB’s results as “solid,” although relatively soft given that “investors expectations were somewhat higher for 3Q based on 3P data.”

“We remain positive on ABNB fundamentals given: 1) a large nights and experiences TAM that is increasingly shifting to alternative accommodations; 2) a leadership position and strong brand driving significant organic traffic; 3) ~20% long-term revenue growth; 4) 35% plus long-term EBITDA margins. While we have a positive fundamental outlook, we believe shares are fairly valued at current levels (~8x 2023E EV/Gross Profit) and hence maintain our Market Perform rating,” the analysts said.

Share
Facebook
Twitter
Pinterest
WhatsApp
Previous article
My damp council house is covered in SLUGS & mushrooms – even my oven has mould… I have to cook my dinner in an air fryer
Next article
Lakers and Pelicans draft picks and swaps: How Anthony Davis trade could cost LA in 2023 NBA Draft and beyond
RELATED ARTICLES
Market