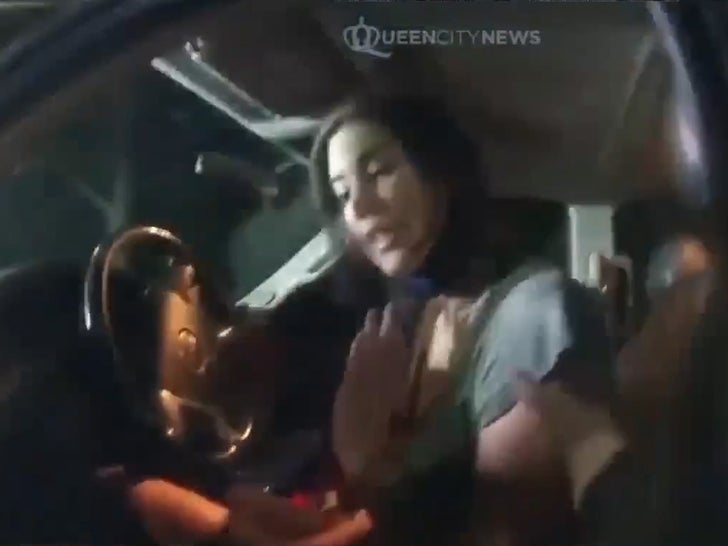 A dazed Hope Solo was yanked from her car by cops after being uncooperative during her DWI arrest earlier this year … new police video shows.

The footage — obtained by Queen City News — was captured on a Winston-Salem Police Officer’s body-worn camera on March 31 … just after he was called to a North Carolina Walmart parking lot over reports that a woman had been asleep behind the wheel of a running car with her kids inside.

Video shows when the officer walked up to the GMC Yukon at around 10:20 PM, Solo — a U.S. women’s soccer legend — appeared to be passed out with her head resting on her driver’s seat while her engine was on.

Solo immediately became alert following the officer’s knock on her window — and during ensuing questioning, she appeared to be completely out of it.

She mumbled, scrolled through her phone and even took a call. She insisted she hadn’t been drinking — and had only stopped to take a nap because she was tired. 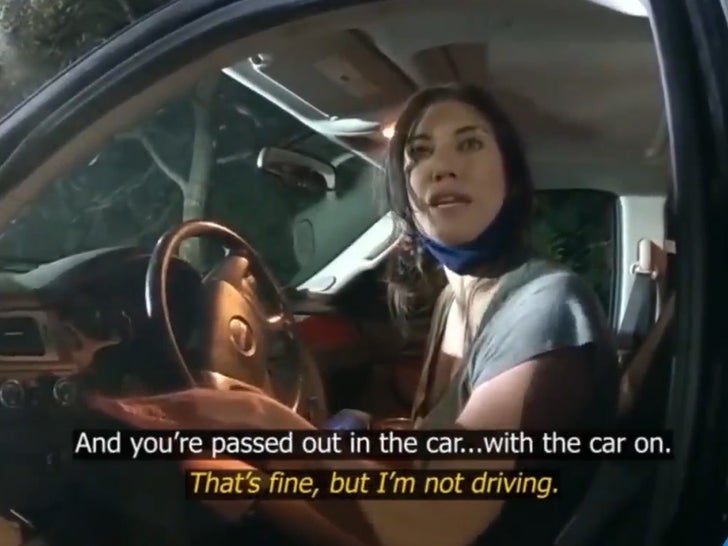 The officer, though, suspected she was drunk — and told her he smelled alcohol coming from her vehicle. She then began arguing with the man and another officer who had arrived on the scene to assist.

The cops asked her to step out of her car repeatedly, but she refused. Her kids, meanwhile, could be heard screaming and crying in the background.

Ultimately, one of the cops grabbed her by the arm and pulled her from the ride. 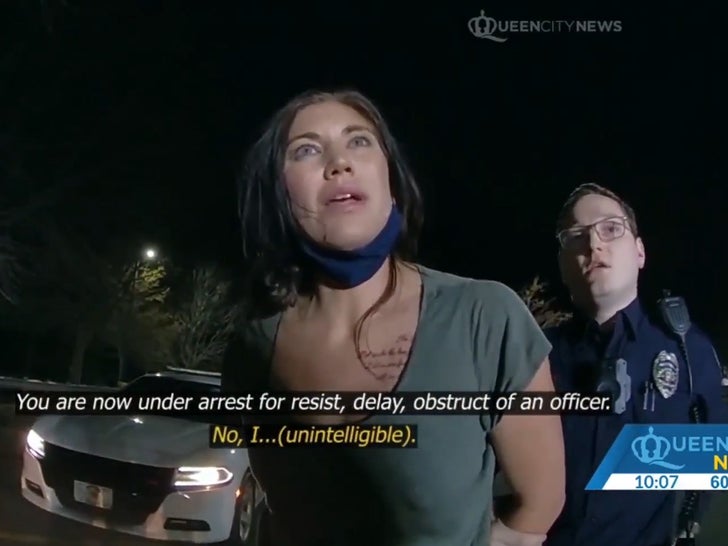 Footage shows Solo continued to be combative, refusing field sobriety tests. Cops then put her in handcuffs. She could be heard later in the video yelling while walking with an officer, “Oh my God, you don’t need to f***ing touch me!”

Solo was eventually hit with three charges over the case — driving while impaired, resisting a public officer and misdemeanor child abuse.

In July, she reached a deal with prosecutors to close out the case — pleading guilty to DWI. In exchange for the plea, her other two charges were dismissed. 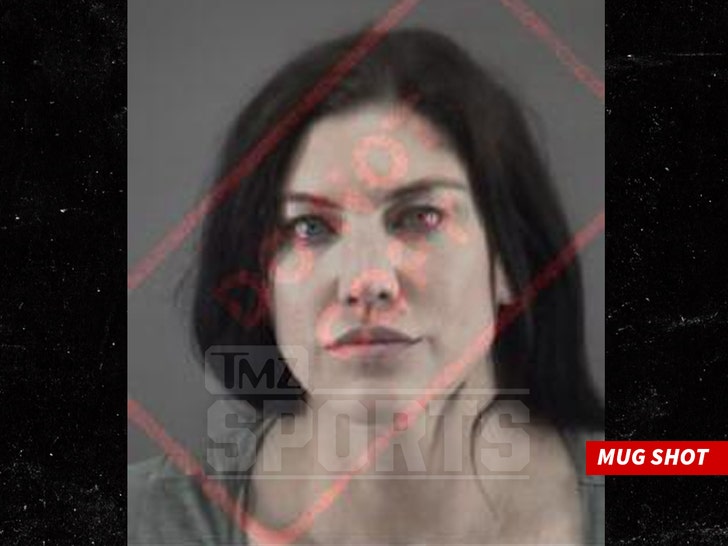 Solo was given a 24-month suspended sentence … and was also ordered to pay fines and fees, among other stipulations.

Following the case’s disposition, she said in a statement, “I underestimated what a destructive part of my life alcohol had become.”

“I consider this a gift to pass it on to others because pain shared is pain lessened.”